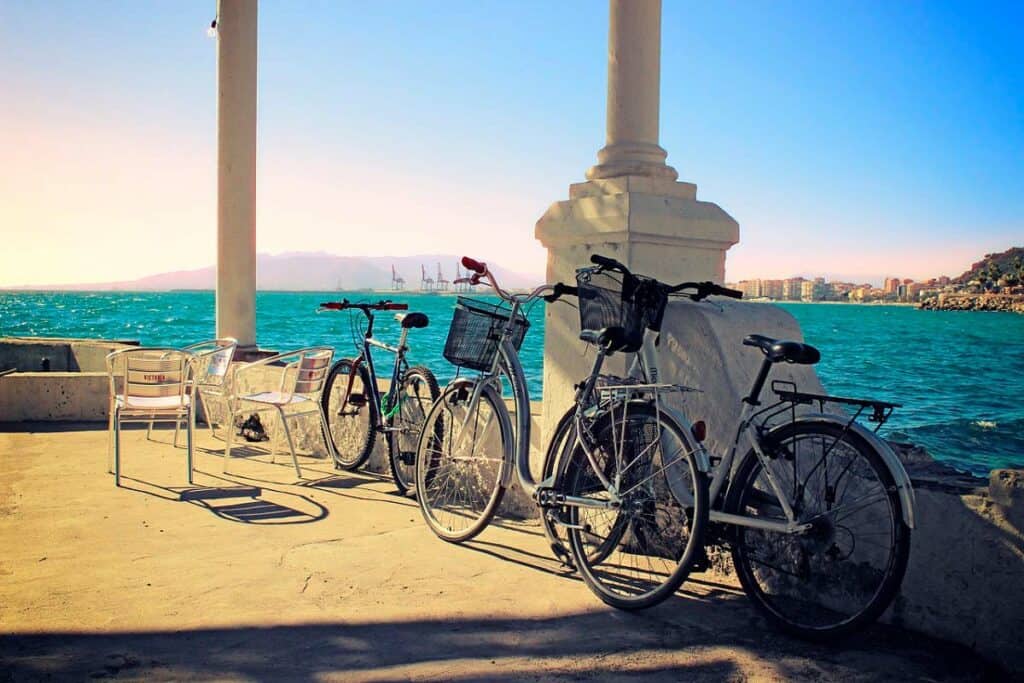 Christian Braune lives in Malaga, close to the Mediterranean Sea, in a new and modern area. He enjoys living with his wife and three children in an environment where there are many young families for them to spend time with.

Braune is from Berlin and worked in Germany after studying Software Design in Potsdam. Among his clients were the German savings bank (Sparkasse) and several software companies. However, since 2006 he has lived in Malaga and worked from home for clients in Hamburg, Berlin and Munich.

That said, little has changed for him: “Remote working gives me the freedom to organise my day. But no programmer works from 9 to 6, no matter where they’re working from.”

Christian is in contact with his clients in the same way as is common in most other offices: via Slack or Zoom or other corporate programs. Communication is important, Christian stresses: “If I’m not available, I have to set my status to ‘offline’, so my colleagues know.”

That aside, Christian’s co-workers don’t even notice that he isn’t in the office next door: “Sometimes they don’t even realise I’m not in Germany. They only notice I’m in Malaga when they see the bright sunshine in the background.”

Before the coronavirus pandemic, Christian used to visit his clients in Germany three or four times a year. Not anymore. But apart from that, nothing has changed, except that he is no longer an isolated case. “Right now, everybody is working from home.”

This programmer also worked from home in Chile for half a year. Now, though, he feels that he has a permanent base in Malaga. “I have also worked from the airport in Paris with my laptop. But now I’m enjoying being in Malaga with my family.”

Internet connections are good in Malaga, says Braune, “But it’s also a question of whether you’re in the city or the countryside. But an internet connection in Malaga is certainly better than one in a village in Germany.”

Christian Braune’s family also receives visitors from Germany. “Family and friends like to come here because of the proximity to the sea. We often exchange flats with German friends and never have problems finding someone,” he smiles.